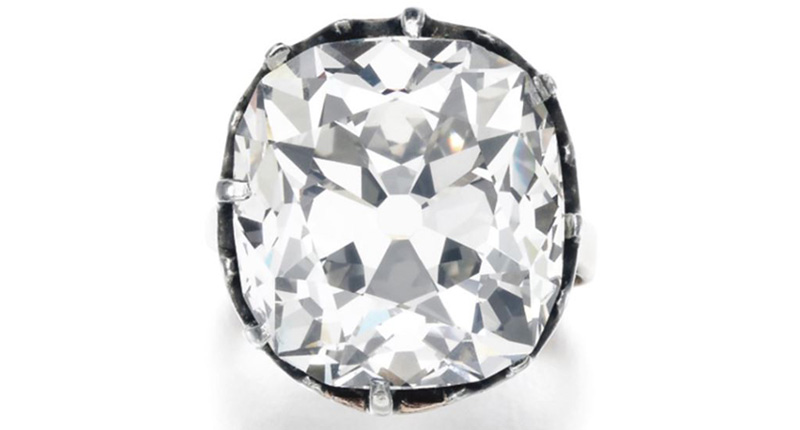 In the mid 1980's a woman was scavengering a boot sale in London for some fun stuff and bargains. Boot sales, at that time, were literally people's car trunks that were filled items they no longer wanted, similar to our yard or garage sales. On this particular day, she came across a ring that struck her fancy. She paid 10 pounds, or $13, for the ring and wore it for many years, convinced that it was a simple piece of faceted glass. One day, while at a jewelery store, the jeweler asked to see the ring. After a short look he explained that the stone was actually a diamond, and should be appraised. It turns out that it was a cushion cut diamond over 26 carats with a VVS2 quality and I color as per the Gemelogical Institute of America.  It was dated at mid 19th century based on the cut and setting, which was a highly tarnished Sterling Silver mounting. It was the look of the mounting that convinced the woman that it had to be a cheap replica. No other data on the ring was available. Taken to Sotheby's, the ring was sold for an astonomical sum of 657  pounds or the equivalent of $850,000. Below are two views of the stone.

Ladies and gentleman, it's time to hit those yard sales!!!! 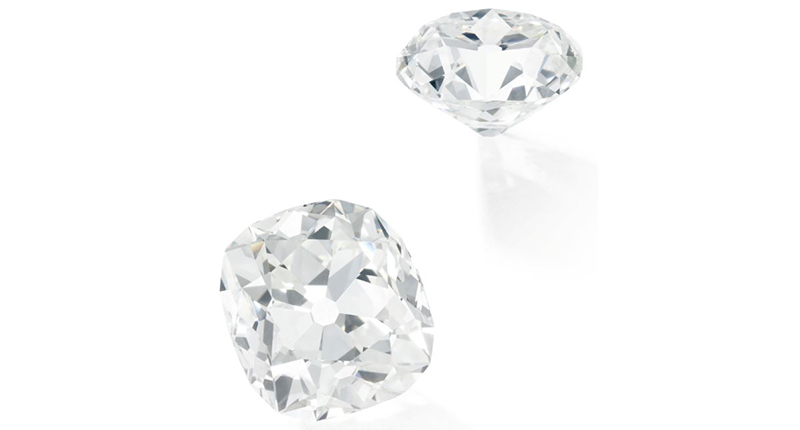