Many are aware that the birthstone for November is Citrine. Citrine is a quartz gemstone found in golden shades ranging from pale yellow to deep brownish orange. As one of the more affordable gems, citrine makes for a good choice if you want an eye-catching ring or pendant with a larger gemstone. Citrine appears frequently in Art Deco period engagement rings. The original birthstone for November was Imperial Topaz. Topaz is a hard silicate mineral which gets its color from impurities or defects in its crystal structures, which turn it gorgeous shades of yellow, blue, red, green, brown, violet and pink. Topaz can also be colorless, and colorless topaz is often heated to create blue gems (most blue topaz isn’t natural—the color is created through treatment). The most valuable and expensive shades of topaz are deep orange with pink undertones called Imperial topaz, named after the Russian czars of the 19th century, and yellowish brown hue called sherry topaz. Here is a couple of samples of Imperial Topaz. 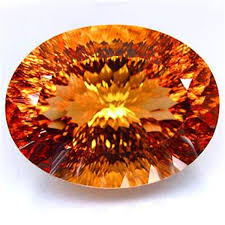 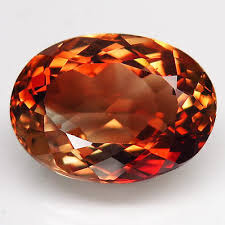 As you can see, these are definitely a darker, deeper golden hue than Citrine 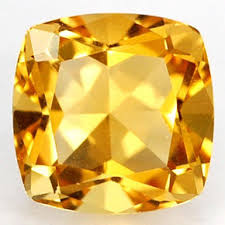 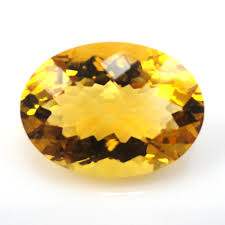 So why the change? The usual answer: Quartz is a far less expensive, softer, more common stone. For example, Blue Topaz v. Blue Quartz.  Blue Topaz is much more valuable, clear and beautiful.  It is one of the most popular colored gemstones in the marketplace.  It has a striking luster and a range of beautiful blues that rival the very expensive Aquamarine.  But Blue Topaz is not a naturally-occurring gemstone.  The process used to achieve the deep blues is controversial (I've written about this previously) because it involves radioactivity.  However, testing reveals that Blue Topaz gemstones are perfectly safe to handle. Blue Quartz is quartz that contains blue minerals such as tourmaline, is blue because of the "Rayleigh scattering effect" caused by tiny inclusions.

This leads to the knowledge that most of these golden stones you find in rings, pendants, earrings and bracelets are Citrine, just as most of the light blue stones we see are Topaz and not aqua-marine.

Still these stones are gorgeous, and look equally well in both white and tellow gold. Surround them with a few diamonds and you have a true work of art. 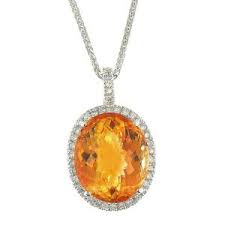 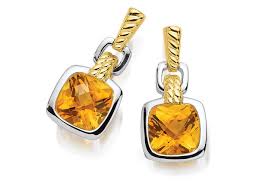 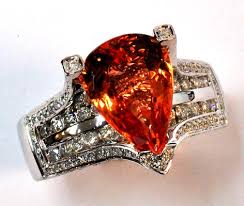 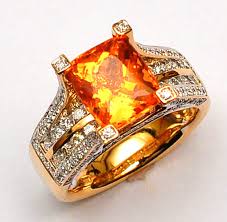 Obviously, you can't go wrong with either stone. If you prefer the darker tones, but don't feel like paying much more for the stone, ask us to find the deepest Citrine we can find. You might be pleasantly surprised. We'll set it in a 14KT or 18Kt mounting of your choice, just in time for your birthday!